California often steals news headlines in the world of solar technology. With its abundance of clear sunny days it seems logical that solar technology will perform well there. British Columbia by contrast often flies under the radar, with the Lower Mainland not expected to serve as a good location for harvesting solar energy. Riverside Energy Systems’ recently installed solar PV system at the Britannia Mine Museum flips this notion on its head, with its first year energy harvest exceeding expectations and making a good case for solar PV in BC’s coastal regions.

The 6.24 kW system was installed in May 2017 as part of the museum’s efforts to educate its visitors on sustainability and to offset its energy consumption. At the one year mark the system has now produced 7300 kWh of energy—exceeding initial projections for energy harvest by fifteen percent. This represents a solar electric harvest of 1123 kWh per 1 kW of solar PV, comparable to Japan and parts of China; two leading global solar PV adopters. 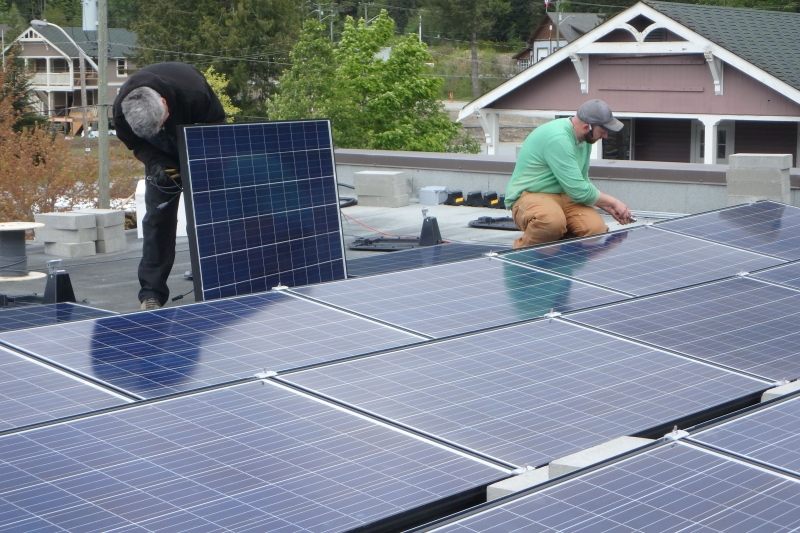 How is it possible that Lower Mainland locations could generate such a respectable amount of solar energy? As Ben Giudici explains “I think that for many people it’s [the Lower Mainland’s] rainy days in the fall and winter that stand out in their minds. They tend to forget about all those clear days in spring, summer, and fall when most of the annual solar energy will be harvested anyway”.

Shade tolerant designs have made it possible for sites like the Britannia Mine Museum (located along the Sea to Ski Highway) to produce energy even under shaded conditions caused by surrounding mountains or cloud cover. Currently Riverside Energy Systems is involved in a number of exciting projects in the Vancouver area that aim to harvest enough solar energy to achieve net zero energy consumption. While these are ambitious targets for the average consumer, it does show BC’s Lower Mainland can in fact compete with other parts of the world as a suitable location for harvesting the sun’s energy.

If you are living in the Lower Mainland or other parts of British Columbia and are interested in solar but unsure if your location is well suited, contact Riverside Energy Systems to arrange for a site assessment. Clients are often pleasantly surprised to find their homes are better suited for solar PV systems than they had previously imagined.