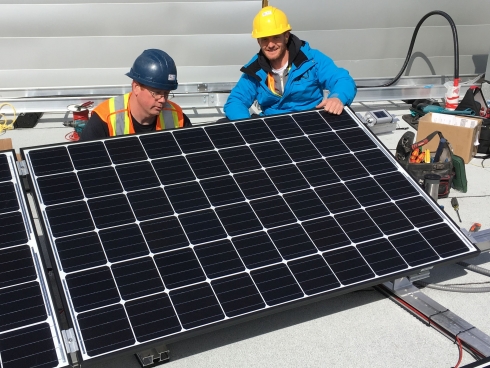 On April 20, 2018 BC Hydro submitted an application to the BC Utilities Commission to make changes to its Net Metering Program. The proposed changes seek to prevent subscribers from selling exceedingly large amounts of surplus energy back to the utility for profit, essentially acting as small-scale independent power producers (IPPs).

Word of the potential changes has spread quickly, and caused confusion among newcomers seeking to join the Net Metering Program. Several online articles and internet posts have heralded this as the beginning of the end for the BC Hydro Net Metering Program, and many customers have been left with the impression that they will no longer be able to participate.

The BC Hydro Net Metering Program is in fact alive and well. The vast majority of grid connected residential and commercial installations will not generate enough energy annually to be affected by the immediate changes to the program

To fully understand the proposed changes it is first necessary to look at the history of the BC Hydro Net Metering Program, and to understand why it was created. In 2004, BC Hydro created the Net Metering Program as a way for consumers to reduce or eliminate their net consumption of grid power, using clean energy of their own. The program was never intended to be used as a way for its subscribers to act as IPPs, and generate large amounts of revenue by selling excess power to BC Hydro.

The Net Metering Program allows consumers to harvest their own energy, offsetting their grid energy consumption for home or business. A net metering installation draws from the grid when its power generation system cannot fully meet demand—such as during times of peak energy consumption or low energy production. Conversely, excess energy produced is fed back into the grid accruing an energy credit for future consumption. Effectively, the grid acts as a battery, storing any surplus energy produced by the net metering installation. This is a convenient arrangement for consumers as they are spared the expense and challenge that comes with storing generated surplus energy themselves. Each year, BC Hydro pays out those consumers that have amassed a net energy credit over the previous 12 months.

A more detailed explanation of how the BC Hydro Net Metering Program works is provided in the following video link.

The vast majority of net metering subscribers do not generate enough power in order to qualify for a pay out, and if they do it is usually quite small. The incentive for most is elimination of, or reduction to, their ongoing electricity consumption.

A small minority of net metering subscribers are currently producing enough power to meet their own needs many times over; a situation BC Hydro has decided to prevent in the future through program changes.

As program changes are made, existing subscribers will be grandfathered under existing terms. New Net Metering applications will be reviewed to ensure maximum energy production is more balanced against consumption

As such the eligibility of the vast majority of future subscribers should not be affected, and for now the BC Hydro Net Metering Program remains a viable option for customer owned generation. Please contact us for up to date pricing for grid connected solar PV options.

We are like many of you concerned that BC Hydro’s on-going Net Metering Program review not lead to unreasonable program limitations. These concerns would best be taken up with BCUC, our MLAs, and BC Hydro to ensure our voices are heard.